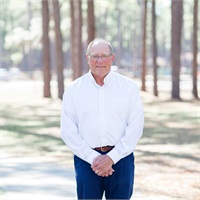 Keith joined Ascendor Wealth, LLC in 2011 as an Investment Adviser. This is a second career for Keith after retiring from International Paper after 25 years. At IP he held a number of middle/upper management positions including a two year assignment in Poland. He moved his family to Wrightsville Beach in 1983 where they have been active members of the community.

Keith earned an BS degree in Mathematics from Wake Forest in 1975. He later earned an MBA from University of North Carolina at Wilmington in 1985. After retiring from IP, he completed all the course work for the Certified Financial Planner TM (CFP®) certificate at UNCW in 2009, prepped for and passed the certification exam in 2010. He holds a FINRA Series 65 license as well as a North Carolina Life, Health, and Medicare Supplement & Long-Term Care agent license.

Keith spends his spare time on the beach or fishing around Wrightsville Beach. He is a long time member of Wrightsville United Methodist Church. He can be seen on a regular basis playing the Banjo with various Bluegrass bands around town.